Get the latest on our COVID-19 response

Best of Both Worlds: Active and Passive Investing in a Bear Market

With market volatility at an all-time high, wealth managers are seeking the best solutions to build and maintain successful portfolios for their clients. Join Institutional Investor for a webcast discussing the pros and cons of active and passive investing in a bear market.

This webinar is one hour long and scheduled to start at 1:00pm EST. 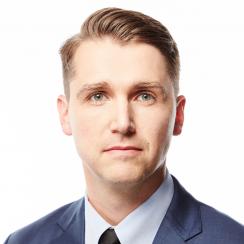 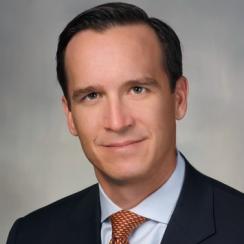 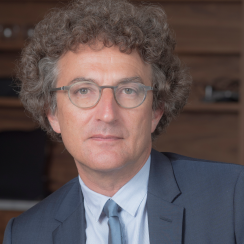 Sam Huszczo, founder of SGH Wealth Management in Detroit Michigan. Sam has been an active investor since 2004; earned his Certified Financial Planner designation in 2005 & the Chartered Financial Analyst (CFA) designation in 2009. He attended the University of Michigan majoring in Economics and his primary duties are investment strategy, portfolio management and research for his firm. Volunteerism has been an important part of Sam’s career, being elected 2nd youngest President of the CFA Society Detroit; CFA Mid-West Regional Ethics Ambassador; and ultimately being awarded CFA Institute Volunteer of the Year in 2017; He serves on the Finance & Audit Committee for Detroit’s largest business organization, the Detroit Economic Club; And was also acknowledged as a Detroit Business Journals’ 30 in their Thirties honoree. In addition he has received National TV recognition with his appearances on: CNBC, Bloomberg TV, Kiplinger’s, Fortune, USA Today, Inside ETFs

Jason Brady is president and CEO of Thornburg Investment Management. He is responsible for the company’s overall strategy and direction. He is also the head of the firm’s global fixed income investment team and a portfolio manager on multiple strategies. He joined the firm in 2006, was made portfolio manager and managing director in 2007, and president and CEO in 2016. His book Income Investing: An Intelligent Approach to Profiting from Bonds, Stocks and Money Markets is a step-by-step guide to income investing. Jason holds a BA with honors in English and environmental biology from Dartmouth College, and an MBA with concentrations in analytical finance and accounting from Northwestern’s Kellogg Graduate School of Management. He is a CFA charterholder. Prior to joining Thornburg, Jason was a portfolio manager with Fortis Investments in Boston, and has held various positions at Fidelity Investments and Lehman Brothers.

Matthew the Head of SPDR Americas Research at State Street Global Advisors. He manages a team responsible for the product research and analysis of SPDR ETFs, and the development of market outlooks, investment themes, and portfolio implementation ideas to help clients understand the market landscape and achieve their desired investment outcomes. Matthew graduated from Northeastern University with a BS in Economics and earned his MBA at Northeastern with concentrations in Investment Analytics and Corporate Finance. He has earned the Chartered Financial Analysts designation and is a member of the CFA Institute and the Boston Security Analysts Society. He also holds the FINRA Series 7 and 63 licenses.

TOBAM has been multi-awarded over the years, and Yves Choueifaty has notably been recognized as "Chief Investment Officer of the Year" in 2015 (Funds Europe) and "Asset Management Leader of the Year" in France in 2016 (AGEFI). As one of the pioneers of the smart beta movement, Yves Choueifaty is a regular speaker at conferences and is a member of The 300 Club (17 members throughout the world), whose mission is to raise awareness about the potential and impact of current market thinking and behaviors. Mr. Choueifaty graduated in 1992 from ENSAE (leading French Engineering School) in Statistics, Actuarial studies, Finance and Artificial Intelligence. Mathematician and former CEO of Credit Lyonnais Asset Management ("CLAM", AUM €70B). Having spent over 10 years with Clam in diverse senior roles (CIO, Head of Financial Engineering and Quantitative Investment Management), Mr. Choueifaty left in 2004, went back to Mathematics research and founded the Maximum Diversification® approach and TOBAM in 2005.

Your questionnaire has been submitted.

Institutional Investor is committed to the health and safety of our participants at our events. The Events Shield, established in accordance with our parent company, Euromoney, adds a further layer of best practice standards and guidelines, which will be applied across all of our events. Below is a highlight of our protocol for event safety.

Events will maintain a maximum capacity and density of participants will be set up in such a way to allow physical distancing.

At all of our events, we will work with the venue to ensure we maintain the highest standards of hygiene and cleanliness.

Our event teams will communicate our health and safety standards, procedures and event guidance clearly to all attendees before the start of the event.

To keep you safe, we’ll need to ensure all our participants, partners and staff follow the Events Shield and local procedures and protocols.